What Makes A Winning Photo - Travel 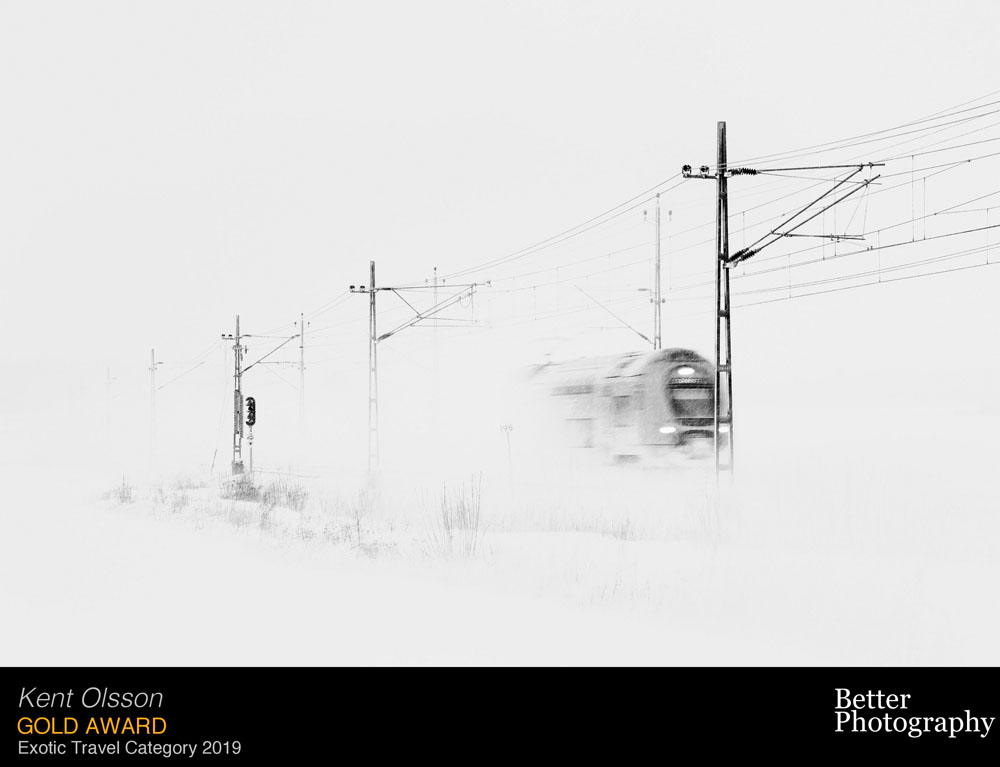 The travel category can be interpreted many different ways. Most photographers depict a far-away country that says 'travel', although with an international audience, all locations are someone's backyard. In Swedish photographer Kent Olsson's case, he interpreted travel more literally, but found an unusual location.

"I woke up one morning in January to a full blizzard and got the idea for the picture when I went out onto the wheat field next to the railroad. There was snow all the way up to my waist and I knew the train would be coming soon - if it managed to keep to the timetable. I wanted to convey the speed the train had, despite the snowstorm and after the train passed, I was completely covered by all the snow from the train. I was pretty close to the railway track!"

Now, if you live in Sweden next to a railroad, perhaps this scene happens all the time, but for three Australian judges, the train in so much snow was a point of difference. And photographing something different will help you cut through all the clutter. I would suggest that out of every 1000 photos I judge, 25 would be of the Sydney Opera House. These days, 100 would be aerials. And 900 would be of subjects I have seen entered into photo competitions many times before. So the message is, look for subjects that are different if you want to attract the judges' attention.

Of course, if you do have a different subject, you have to photograph it well. As Australian legendary artist John Olsen said on a television documentary, just because something is new and different doesn't make it good. Enough said!