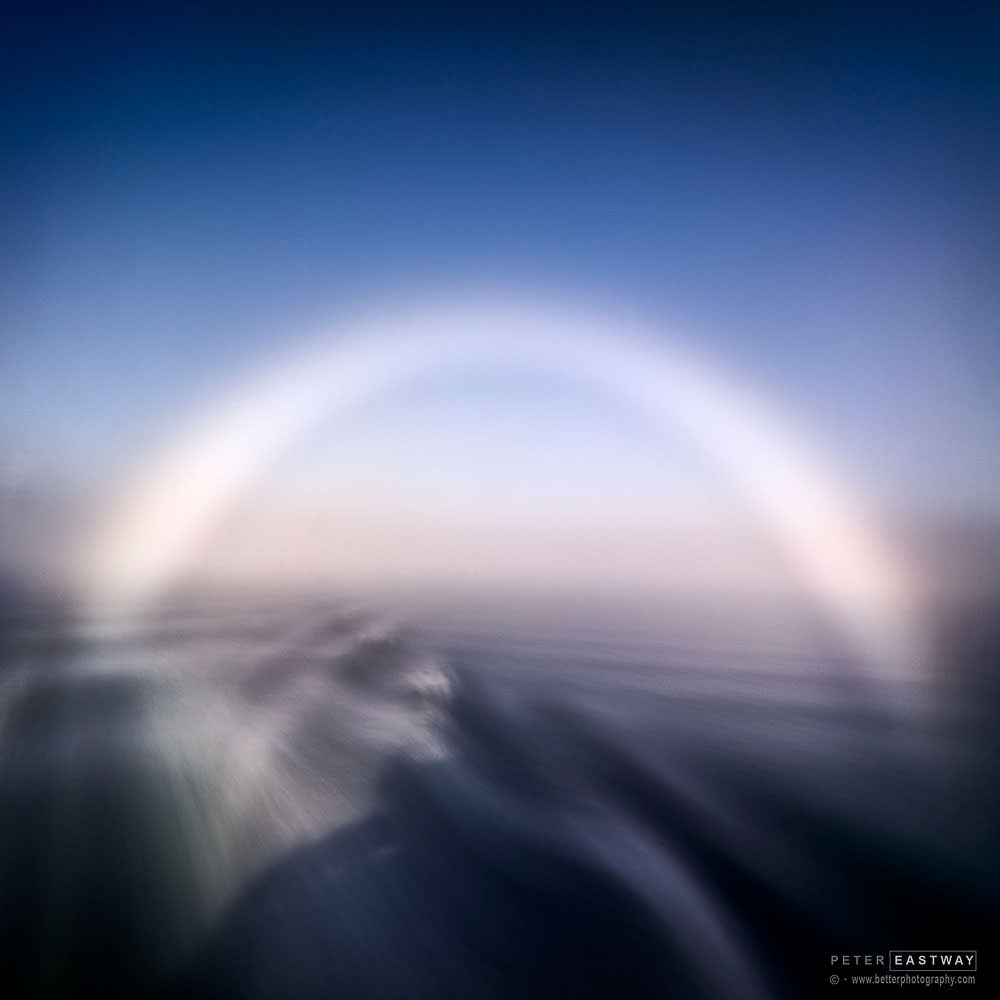 When I visited Svalbard with Kevin Raber and the Luminous-Landscape crowd last June, I wondered what the quality of the light would be. After all, we were to have 24-hours of sunshine and so I was concerned that the sun would sit up in the middle of the sky and throw uninteresting light.

I’m sure this is the case in some parts of the Arctic, depending on the time of year and your latitude, but for Svalbard in June, the sun was beautifully angled for most of the time I was awake! It was probably even better at night – well, between the hours of 10 pm and 6 am - but we simply pulled the curtains over our cabin window and hoped we weren’t missing out on too much!

As we sailed out of Longyearbyen, there was quite a bit of sea fog hanging around and as the sun dropped into position, we were entertained by this fogbow sitting off the ship’s stern. And it followed us for an hour or so – quite remarkable :>)

The first photos I took included distant snowy peaks in the middle of the fogbow, but they were a little small to be of any consequence. I was also unimpressed by the wake of our ship messing up my pristine foreground, but we weren’t about to turn around at any time soon. So, given the fogbow maintained its position off the stern of the ship, I wondered if I could add an ND filter and, using a long shutter speed, blur the foreground.

The result, with a little interpretation within Capture One, can be seen here. While the wake of the ship remains, it’s not so literal. And if you compare this interpretation to the straight raw files (shown on the ‘proof sheet’ below), I think you’ll agree that the fogbow has more compositional strength because it’s not competing with the sharply defined water surface below.

And no, no tripod was used, but I did rest the camera on the railing of the ship to keep it as still as possible for the 60 second exposure – much to the amusement of the other passengers! 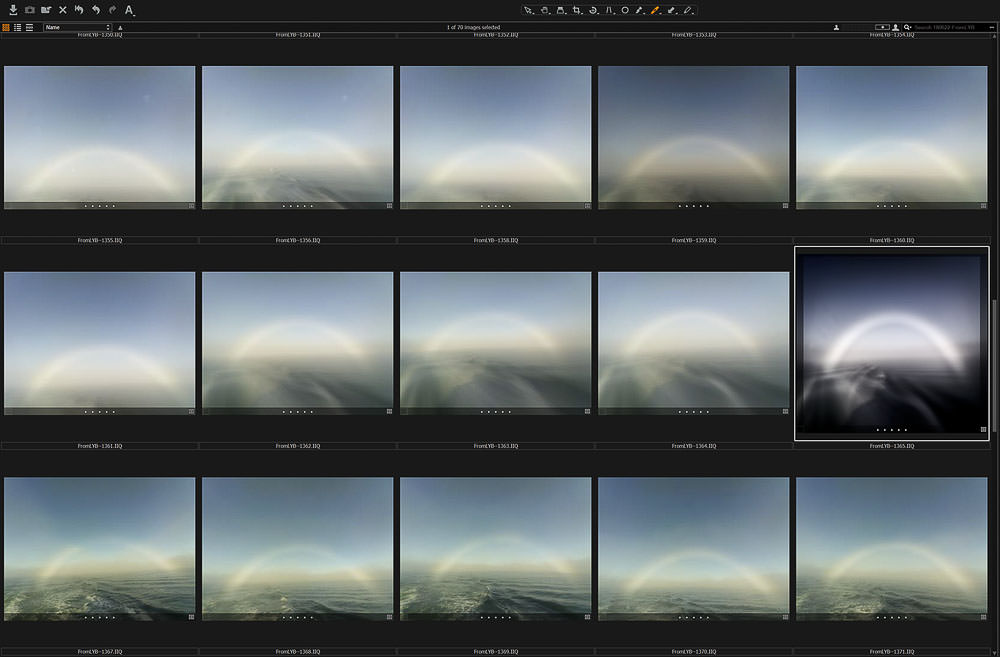