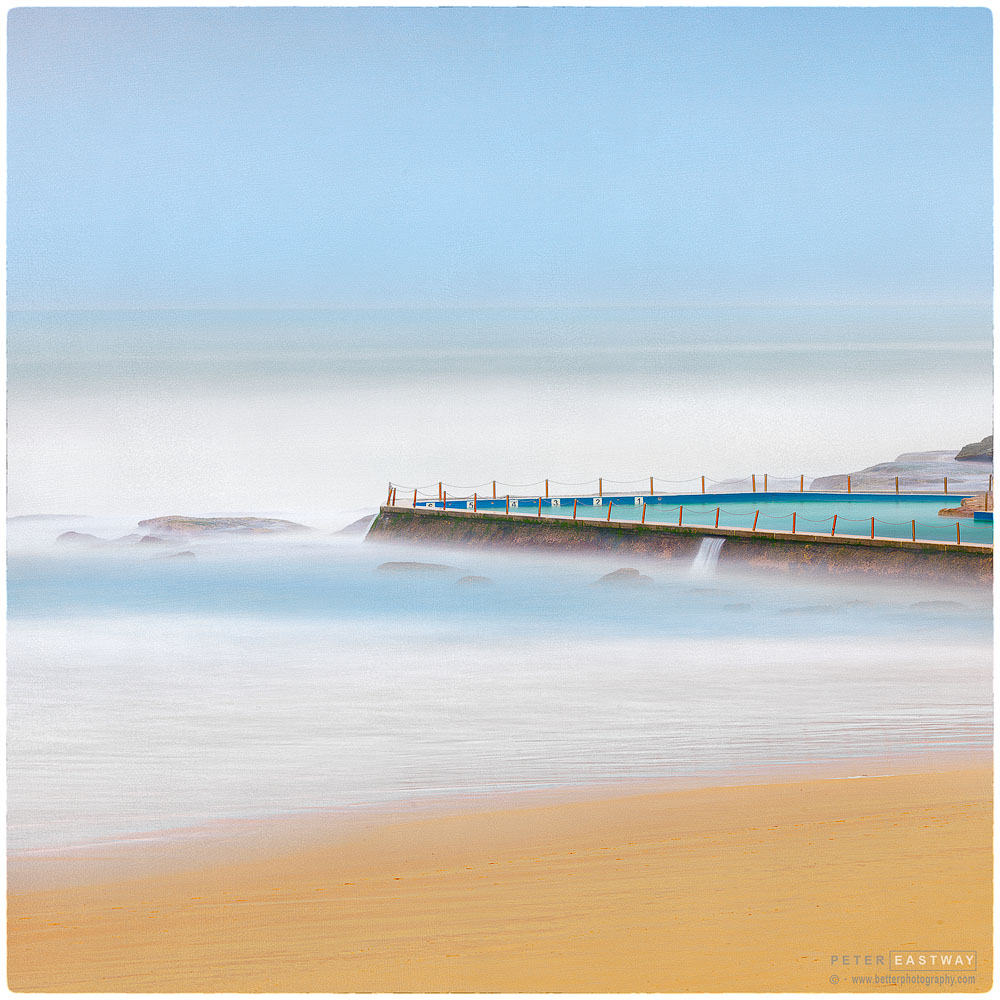 Another Northern Beaches seascape. We've had some huge seas in Sydney this week and I managed to get out one afternoon to look for photos.

It really is amazing what you can find. I've been surfing up and down these beaches for over 40 years, so I figure I know them relatively well, but while looking for a vantage point over North Curl Curl, I 'discovered' a couple of vantage points I'd never visited before. Well, let's say I can't remember visiting them before!

Now, I'm certainly not the first person to stand at these points along the cliffs with a camera, but for me, they were new, even though the general location was not. What I'm suggesting is that even our regular haunts can be photographed in different ways, if we just give it a go.

Sometimes I can struggle to get motivated, to get out of bed or to jump in the car, but I find that whenever I do, my success rate is higher than I expect. Not every time, of course. Last week I spent a morning a little further south and was not successful. But it is surprising how much you can get out of a shoot if you put a little effort in. It's all good practice.

However, while the photos of North Curl Curl are still work-in-progress, I have enjoyed processing the above photo of South Curl Curl pool, captured a little later that same day. The technique

is relatively straightforward - a tripod, a long exposure (using a neutral density filter or exposure averaging, depending on your camera) and ensuring your camera isn't buffeted by the wind. While at North Curl Curl it was blowing a gale, South Curl Curl was relatively sheltered. I dug the spikes on my tripod legs into the ground and positioned myself next to the wall of the surf club, in the lee of the wind.

The reproduction above may not show the subtle parchment screen run through the image, breaking up the planes of colour and creating a soft texture. However when seen as a larger print, the I think texture works very nicely, if I don't say so myself!

Enjoy your week. I know I will - off to Arkaroola with Robyn and Tim Moon!