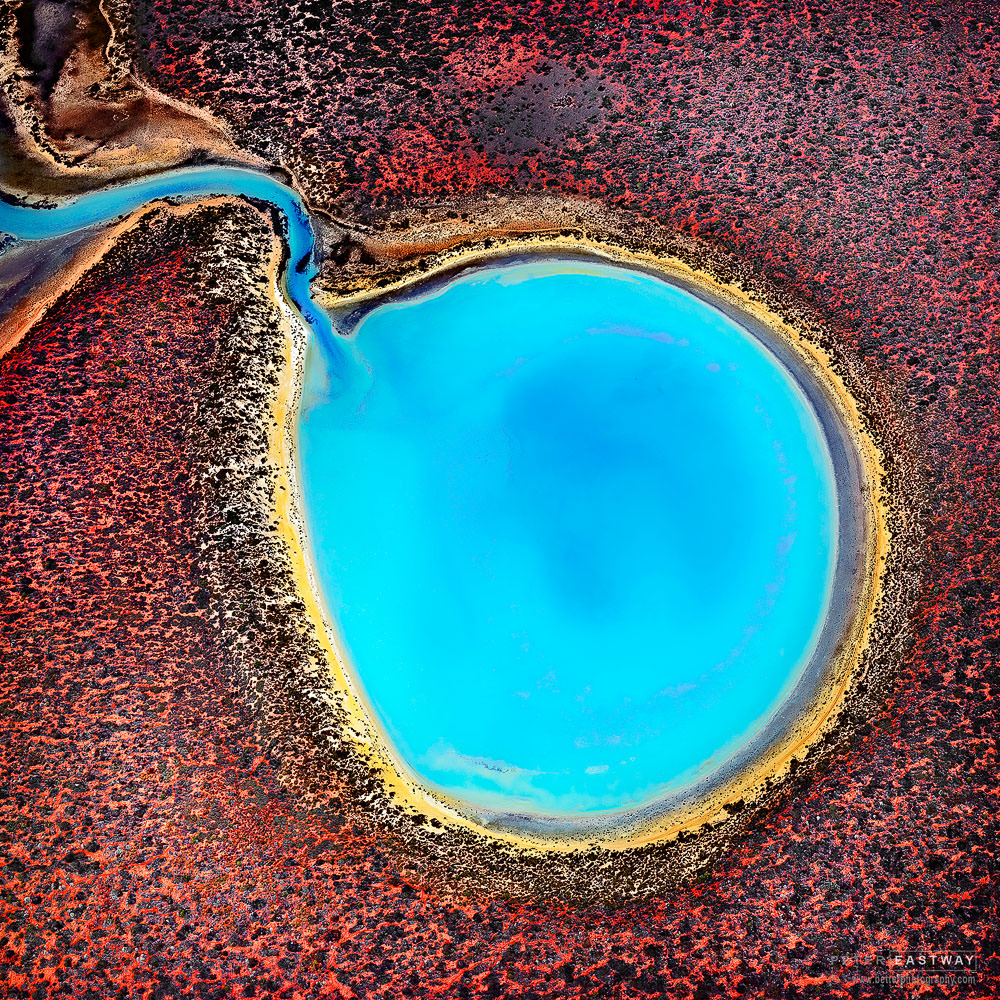 We have one spot available for an aerial photography workshop at Shark Bay, 7-11 June. If you're interested, email Kim ASAP at This email address is being protected from spambots. You need JavaScript enabled to view it..

Shark Bay has become an incredibly popular location to shoot in recent years. Tony Hewitt and I, along with the other ND5 members Michael Fletcher, Christian Fletcher and Les Walkling, feel an affinity to the place after our 2016 Shark Bay - Inscription exhibition, held back in 2013. Images from this shoot won Tony the Australian Professional Photographer of the Year Award and the resulting book won us the AIPP Photo Book of the Year.

Although shot in 2013, we named the exhibition 2016 because of the 400 year celebration of Dirk Hartog's discovery of Shark Bay that was coming up. And I think we were ahead of our time in more ways than one, given the current popularity of the location. While undoubtedly Richard Woldendorp, Western Australia's grandfather of landscape and aerial photography visited Shark Bay many times before us, it was our exhibition and our interpretation of the landscape in bold colours and large format that started a trend.

Shark Bay is a gold mine for aerial photography. I'm sure there's lots to shoot with a drone, but most of the popular images I've seen are taken from much higher, which usually means a plane for Shark Bay.

The year after our exhibition, I remember judging photos in New Zealand that I thought were Tony's aerials (I actually didn't judge them, I stepped back from the panel to avoid any conflict of interest), only to find out they weren't Tony's at all. Since then, I have seen hundreds of photos that can be correctly called 'derivative' of the images and style we used. The photo above is one very popular example.

In fact, looking at this photo, you might think the original belongs to Tony as a very similar image was a part of his winning PPY portfolio. This is one of the minor challenges of working collectively - sometimes we can't all process and exhibit the same image, even though we all photographed this lake the same day (I can't remember if I was in the plane with Tony). However, there's another reason I didn't use this photo originally.

If you look at the exposure, you'll see I shot at 1/400 second which is way too slow for aerials. Sure, sometimes it's fast enough, but I generally shoot at 1/2000 second to avoid motion blur. The confession is my original photo was not tack sharp. It wouldn't have enlarged to the one or two metre square prints satisfactorily. End of story. Tony was smarter than me - he used a faster shutter speed!

So, why is it okay to use it now? Two reasons. First, I've always loved the photo and feel I have equal ownership of it. I would never enter it into a competition because it is so well known, but personally, I wanted to explore and develop it. I have no trouble sharing it on a blog, especially with this explanation. And this introduces the second reason, Topaz's Sharpener IQ which allowed me to eliminate the subtle motion blur so completely, the final print is effectively flawless! Technology to the rescue - but I still recommend using a faster shutter speed when you can!