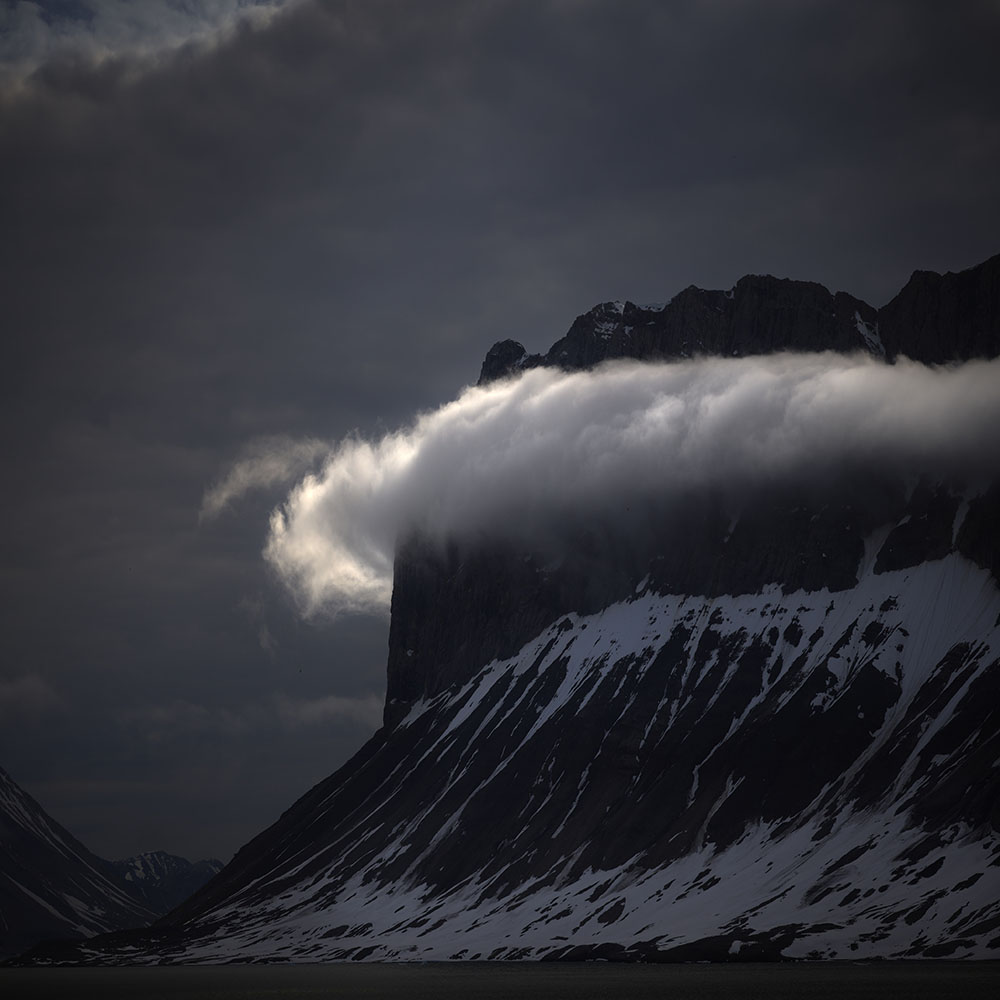 Photographers often ask me what time of year is best for photography in the Arctic and I think after my last trip there, the answer has to be any time of year. Why? Because the weather plays such an important role in the light you experience.

My voyages around Svalbard this year were in July when the sun never sets. It gets lower in the sky in the early hours of the morning, so there is more angle to the light, but it never gets low to the horizon. You never see sunrise or sunset colours at this time of the year, so if you want sunrises and sets, you should travel earlier or later in the year.

Of course, if you travel earlier, you might be restricted by the sea ice, meaning some locations are not accessible. If you travel later, the sea ice may have receded so far north you don't see it at all. But no year is ever the same and so your best laid plans can come to naught simply because the weather is different.

So, while I had no sunrise or sunsets on my voyages, the light shows were still remarkable. There were certainly some blue-bird days with not a cloud in the sky and they became a little boring - we get sick of taking travel brochure snaps! However, if you don't like the weather, you can be sure it will change the next day (or the next hour) and it is during these changes that the landscape lights up with spots of sunlight sneaking through patchy clouds or bands of mist hugging the edges of tall mountains.

There's always something happening and if I don't have my camera with me, I'm running back to my cabin to quickly take a shot as the ship sails to our next destination.

This photograph was taken from the deck of Aurora Expedition's Greg Mortimer. Although we usually have two outings each day, either on land or as a zodiac 'cruise', there are plenty more photo opportunities as the ship moves on. How could you resist a subject like this?

Shooting from the deck, I am not using a tripod, so I keep an eye on my shutter speeds to ensure there is no camera shake or movement. With modern cameras, there's no issue pushing your ISO up higher to give you a fast shutter speed and a sufficiently small aperture for depth-of-field.

Having spent 30 days around Svalbard this year (that's a separate story of airline strikes and challenges), I realise I have still only touched the surface of this amazing archipelago. If you're interested in joining me August 2023, I am hosting a voyage that includes Svalbard and Greenland called Jewels of the Arctic?