The Arctic Report: The Hand of Man 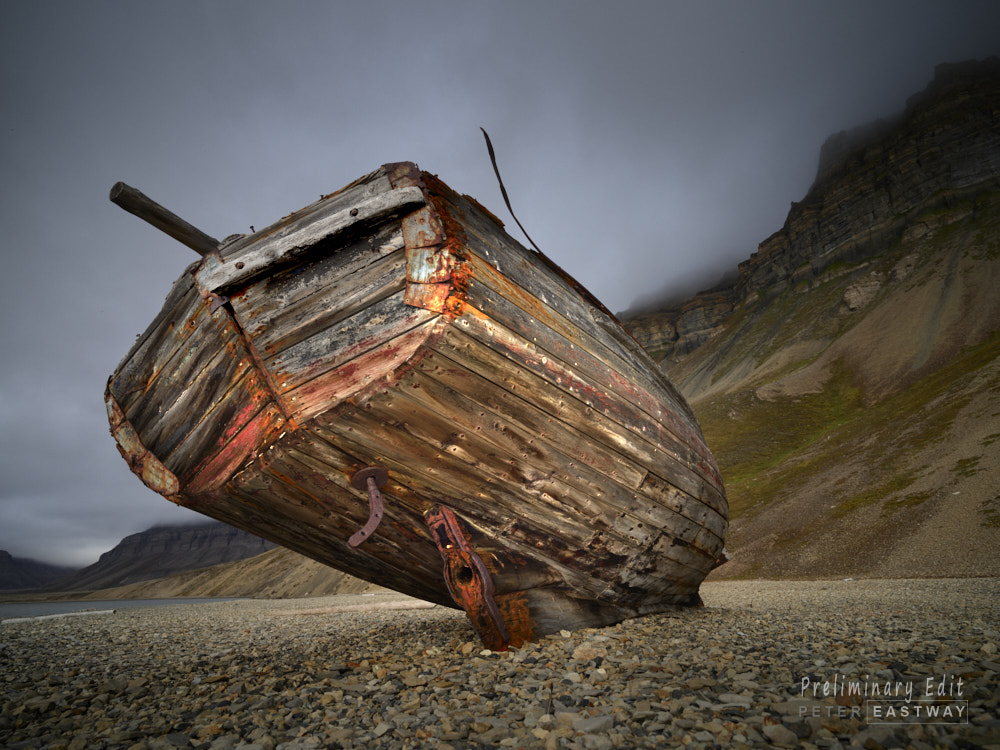 One of the aspects I love about shooting at the poles (north and south) are the old shacks, boat wrecks and building ruins scattered around. I know, I know - we should aim to keep these places wild and pristine and to a certain extent, Mother Nature is doing this for us, no matter what we do.

In Svalbard there's a lot of emphasis placed on the conservation of the archipelago's more recent history. While there is little evidence (and some argument) about the first people to 'discover' Spitzbergen (as Svalbard was generally known), most human activity has happened in the last 200 years or so, from the fire pits of old whaling stations to a remote German meteorological station that was bombed during WWII.

And it is these subjects and their awkward juxtapositions in such a wild and barren landscape that I love to photograph. I saw this ship wreck around four years ago on a day trip to Pyramiden, just outside Longyearbyen. As it was a commercial ferry ride, there was no opportunity to stop, but I made a mental note of returning there.

However, when we first landed at Skansbukta a few weeks ago, I'd forgotten all about my ferry ride. However, I could certainly see this old wreck down the end of the beach.

With any expedition landing, there are always other passengers around, so while the best approach is to photograph your subject without bright red and blue jackets walking through the frame, the reality is a little different. Fortunately, Photoshop, Lightroom and Capture One (etcetera) are all very good at removing unwanted characters.

For this image, I lay down on my stomach to accentuate the precarious balance of the ship on its keel. It's probably not nearly as 'precarious' as it looks with the front of the boat well embedded in the pebbly beach.

In post-production I have certainly lightened up the underside of the boat, but it was partly natural as a break in the clouds behind the camera was creating a beautiful soft-light effect - it was almost like being in a huge outdoor studio!

Having spent 30 days around Svalbard this year (that's a separate story of airline strikes and challenges), I realise I have still only touched the surface of this amazing archipelago. If you're interested in joining me in August 2023, I am hosting a voyage that includes Svalbard and Greenland called Jewels of the Arctic?