Shooting Behind The Scenes In Bhutan 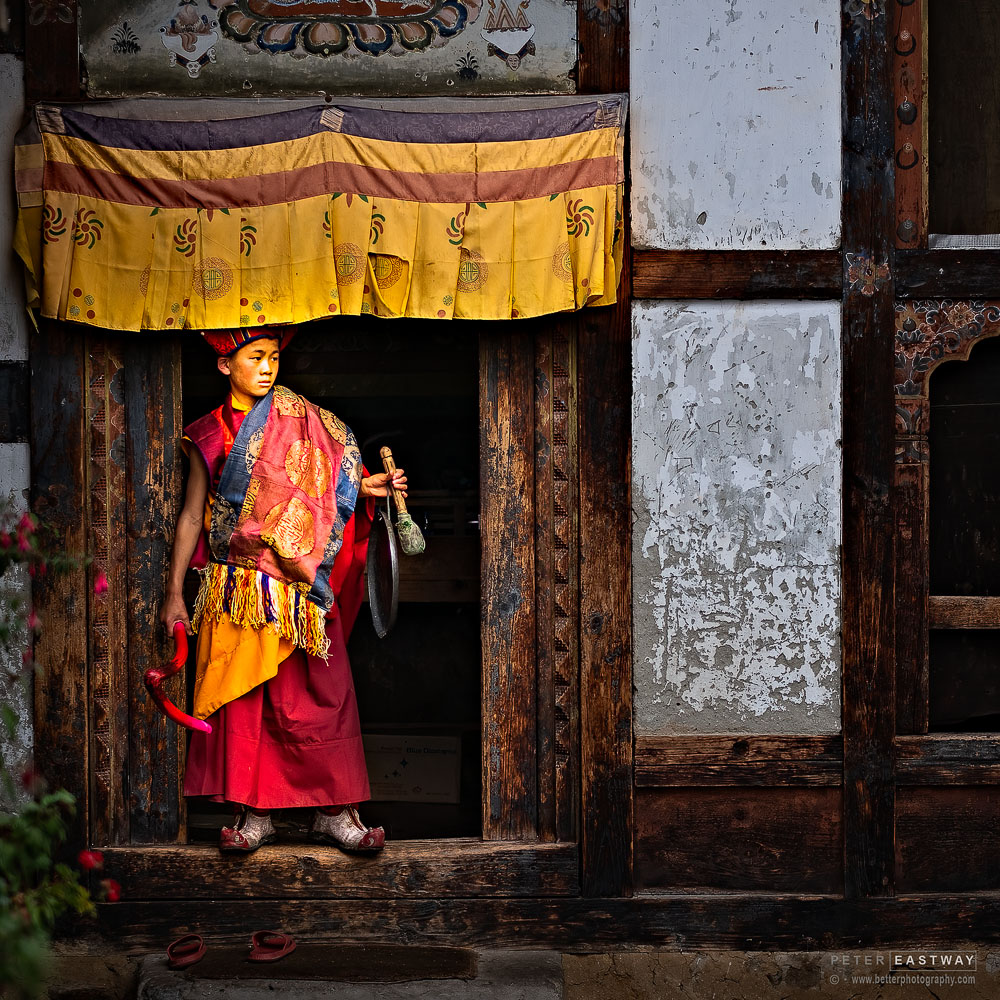 I guess it's much the same at home in Australia. If you go to a festival or fair in the city, there's lots of security and restrictions on where you can go and, sometimes, what you can photograph. Out in rural areas, the situation can be more intimate and relaxed, with better access for photography. This certainly applies to Bhutan and its many religious festivals, so this year we chose two smaller scale events where the number of tourists was relatively low and access 'behind-the-scenes' really good.

This photo was taken behind the scenes in a small quadrangle surrounded by rooms and temples at a festival in Bumtang. In fact, I've photographed in this location three or four times before and always enjoy the access to the monks as they prepare for their next performance - putting on their costumes, tying on their masks and just enjoying the proceedings. Generally, it's a cacophony of colour and, as it's outside, you have to watch the light, trying to avoid direct sunlight.

I spent several hours over the course of the day observing. The longer I was there, the more the monks became used to me - and eventually ignored me with my camera. Spending time is very useful when it comes to people photography. Later in the afternoon, the entrance to one of the adjoining rooms was in shade, with beautiful soft light falling on the monks as they emerged. Often I wasn't quick enough to capture a monk running out, or if I were, the gesture or pose might not be optimum. But on this occasion, a young monk paused to see what was happening in the opposite corner and this gave me my chance.

What attracted me in this composition is the contrast of colour. The dirty whites, browns and blacks of the building facade promote the bright colours of the monk's costume and the curtain above him. I like the pose, holding some objects which are better not described in a family newsletter (if you've visited a Bhutanese festival before, you'll know what I'm talking about) and looking out, his eyes intensely focused out of frame.

The image was processed in Lightroom using a series of simply brush masks to adjust the tonal mapping - how light or dark different areas of the image are presented.

My trip to Bhutan this year with David Oliver exceeded expectations and while we had a few travelling challenges (a flight was cancelled due to mountain weather!), overall the access and the images we came home with were first rate. I'm really looking forward processing them!