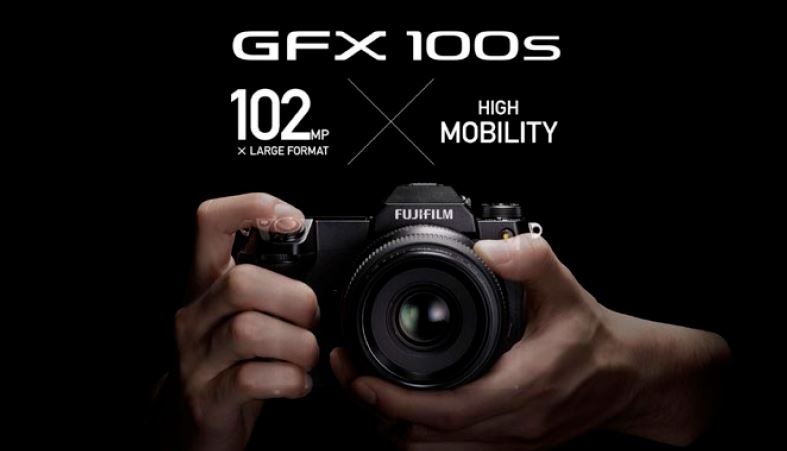 Working from bases in Australia and Canada, international Fujifilm X-Photographer Tim Georgeson works as much as a film maker as a photographer, but there’s a lot of synergy between the two occupations as can be seen in his recent work documenting bushfires in Australia.

Responding to the catastrophic bushfires in 2019/20, Truth in Fire began as an exhibition with the Australian Centre of Photography and the Shoalhaven Regional Gallery. 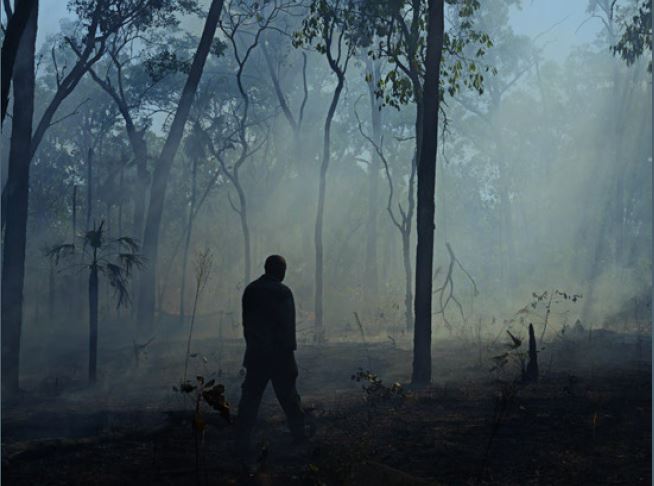 Explained Tim, “I had been commissioned by overseas publications to come home to Australia and cover the aftermath of the fires and through this project, I became immersed in the Indigenous community on the NSW South Coast. I met with members of the Firesticks Alliance and local elders and was taught all about fire management and land practices – and that’s how the title Truth in Fire came about.”

Tim returned to Canada and then the COVID lockdowns hit, but he had lots of ideas! Working with his producer in LA and Australia, he put together a plan for a feature documentary which is yet to be released and he has been able to return to Australia to continue gathering material.

“I’m aiming to present the film at the Sundance Film Festival and if all goes well and we get all the desired funding, I will be able to continue shooting the whole film.” 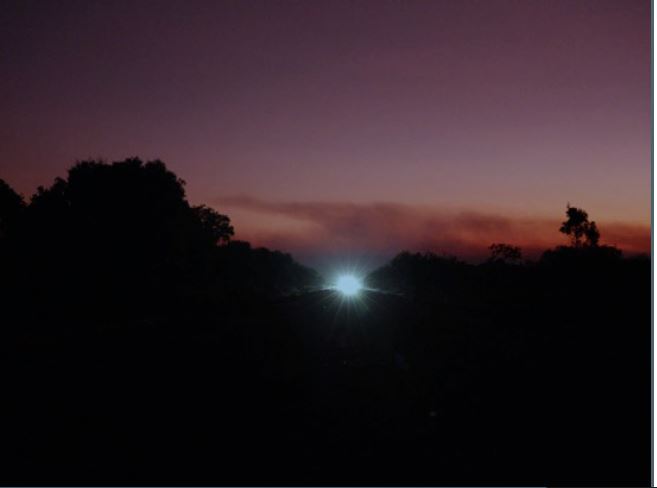 So, what has Tim’s film got to do with the Fujifilm GFX100S and his role as an X-Photographer? The answer is in his powerful photographic prints and gallery exhibitions around the world. As Tim gathers material for his documentary, he’s also shooting stills for his exhibitions – the modern visual artist.

The contacts made on the NSW South Coast allowed Tim to expand his horizons and he soon found himself in Arnhemland. “We travelled last May and June, the reason being that this is the middle of the burn season. Cultural burning occurs in the cooler months every year and I spent over three weeks working with a DP, a sound recordist, a producer and members of the local Aboriginal community.”

Tim explains that there is a more direct link between the First Nation communities and their past up in the Northern Territories than other parts of Australia, offering access to a long and deep ancestral knowledge and understanding. 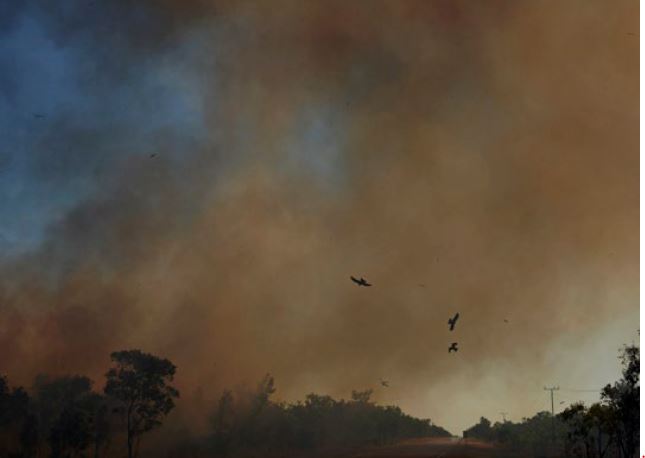 “We were filming right in the middle of the fires. In the past, I probably would have worked with my tiny Fujifilm X100T or X100F, but this time I took the large format Fujifilm GFX100S. While it’s a completely different camera, I was pleasantly surprised to find that the mechanics of the camera and how you hold it are very similar. It’s still a really small camera, it has a great design and it’s not too flashy, either. I like that!”

While the transition up to large format wasn’t a big step for Tim, it’s a huge jump in terms of subject detail and the quality of prints the camera is capable of producing. Tim also likes a filmic output for his photographs, something easily achieved with the GFX100S files.

“The look is very important for me and the way I shoot. I’m always working with the camera hand-held, using higher ISOs. Of course, the Fujinon GF 80mm f1.7 R WR lens is designed for working in low light with its wide aperture – and I did a lot of low light work, even shooting in the middle of the night.

“I’m not too deeply into the technical side of photography, but with this new art project that’s in development for launch in 2022 in Australia, it is very much environmentally focused. I’m seeing exactly what I want in the imagery.

The photographs are all about light play and refractions, how light affects different elements and surfaces in the environment.

“When I was reviewing the files I shot in Arnhemland, it was extraordinary to see the level of detail that had been captured. I’m shooting the theatre of the forest with the intention of presenting the final prints on a very large scale – and my images need to be presented large in order to understand all the elements in the composition. That, for me, is completely new. To have this level of detail is incredibly satisfying.”

Tim chooses to shoot only with prime lenses, such as the 80mm f1.7 lens already mentioned, the GF 45mm f2.8 WR R and more recently, the GF 250mm f4 R LM OIS WR, using the compression of the telephoto design. 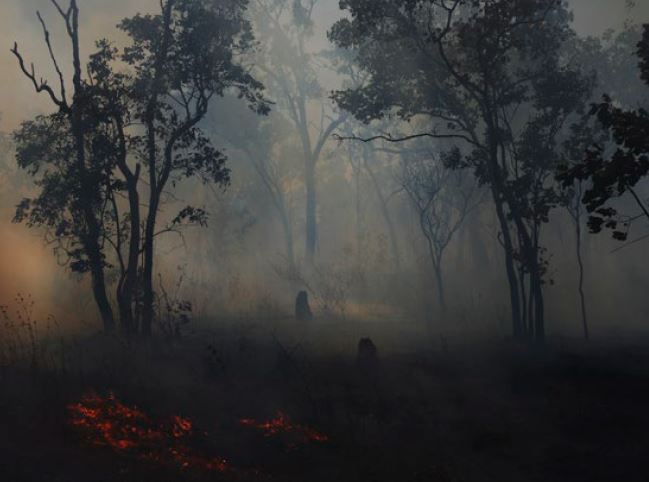 “I don’t use the film simulation modes very often, although I did for a Fujifilm campaign I shot in New York because the Classic Chrome palette really suited the subject. However, for this project I’m leaving the camera set to standard. I work with an amazing colourist for my film and motion work and he’s also playing around with my stills, but in a minimal way.

“When I open the Fujifilm GFX100S files in Photoshop or Capture One, it’s pretty amazing what I have, even before I add a curve. There’s a depth, richness and contrast which really impresses me. I’ve hardly done anything to them and they are already mind-blowing!”

And the Fujifilm GFX100S is robust and capable of taking a few knocks. Tim recollects the shooting conditions up in Arnhemland. “We were right in the wing of a fire, with 20 to 30 foot flames all around, filming with our motion camera. And there I was, with the GFX100S around my neck, literally in the thick of it.

“And it was really hot – way over 50°C. Often we were so close to the fires that we’d leave the vehicle with the engine running and the doors open, ready to make a quick escape. On other occasions, I’d be down low on the forest floor, filming and shooting with the GFX100S, but not once did the camera malfunction – and we were working like that for over two weeks!”

Tim describes what is a quintessentially Australian experience: hot humid weather, staying on location with a local community and eating fresh snake and barra!

“Thinking about it, the camera is not at all daunting to use – it was just an extension of what I was doing, even in the most difficult conditions.”

For more information on the Fujifilm GFX50s II, visit https://fujifilm-x.com/en-au/products/cameras/gfx100s