Light Is Where You Find It 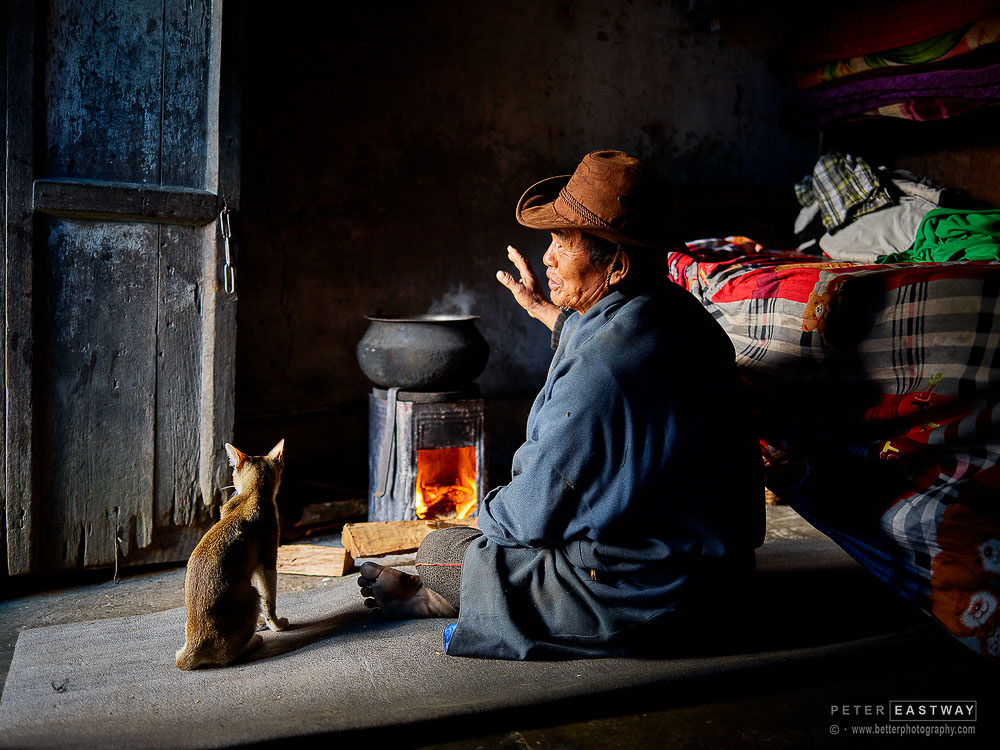 On the road to Trashigang, Eastern Bhutan

While there are many things that define a great photograph, light is certainly one of the most important. Agreed, your photo should generally be correctly focused and exposed, camera angle and composition are essential, as is posing, gesture and nuance, but all of these are for naught if we don’t have appropriate light.

On a travel day in Eastern Bhutan, we stopped in a small town and walked the streets. There was lots to photograph, but the light was overhead and uninteresting. We walked past this shopkeeper and said hello, but on our first pass, we couldn’t engage with him. However, as we wandered back, our guide had introduced himself to both the shopkeeper and his wife and David Oliver had a smile on his face – so he was obviously happy with a couple of his shots.

The shopkeeper was front lit as we looked into his small store (you can see this in the proof sheet below), but I knew this same light photographed from the side would look a lot better. I asked permission to enter.

There wasn’t much room inside but the 55mm lens (approximately 35mm on a full frame DSLR) was just enough to squeeze everything in. And I loved the light which was now pouring in through the door frame and illuminating the storekeeper beautifully as he tended his small fire.

In the proof sheet, you’ll see a dozen frames of the subject. I took 16 shots in all, waiting for the gentleman to look out the door or to gesture in some way that made it more than just a photograph of a man sitting on the floor. In one frame, I have the cat looking towards me and I’ve often thought that I could easily drop it into the photo above. However, being a pure documentary photographer, that’s something I would never do! :>)

Read more: Light Is Where You Find It